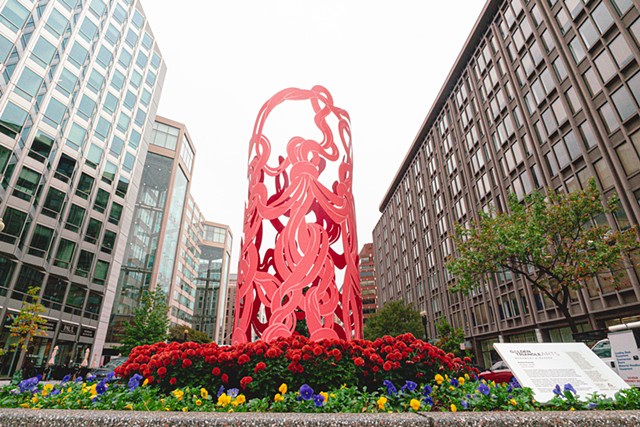 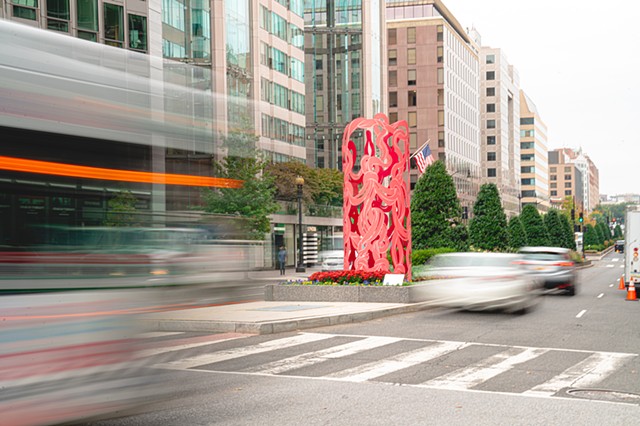 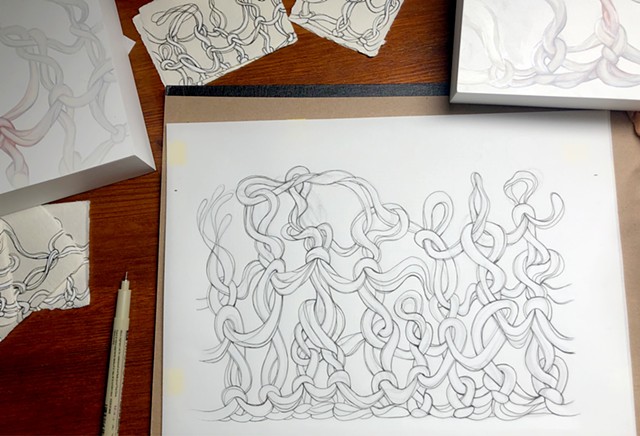 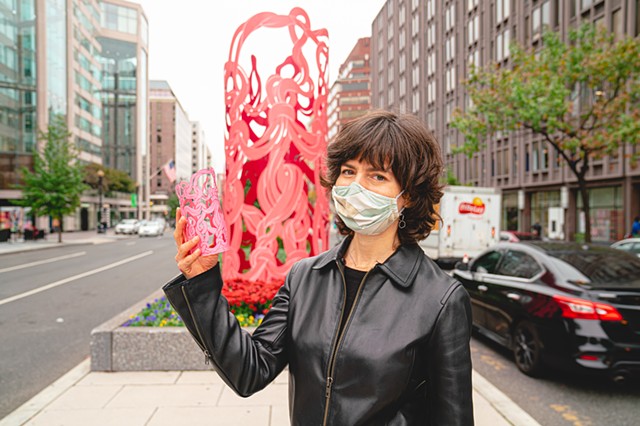 Hassan’s Marker is a monument to women’s histories and the fibers that connect us all. Based upon the artist’s knitting, the sculpture’s bright pink hue and bold steel shape are contrasted by its curvy and elegant forms. The artwork can be read as an oversized crown or an abstract knitting project that is at once unraveling and coming together.

Smithsonian and Golden Triangle Expand Women’s History Initiative Into the Streets of Washington, D.C. The Smithsonian and the Golden Triangle Business Improvement District (BID) announced a collaboration to bring a new public art exhibition to the streets of Washington, D.C. “Monument and Marker” is the latest exhibition from the Smithsonian American Women’s History Initiative and the initiative’s first public art installation.

“Monument and Marker” includes two artworks, “Monument” by New York City-based artist Maren Hassinger and “Marker” by Washington, D.C.-based artist Rania Hassan. The artworks will be on display on Connecticut Avenue in Washington for about a year.

The artworks illuminate women’s stories. “Monument” is part of Hassinger’s Monuments series—a group of sculptures originally commissioned by the Studio Museum and first installed in Marcus Garvey Park in Harlem in 2018—that uses sticks and branches from the local environment to build the artworks. Hassinger worked with a team of local volunteers to assemble the sculpture for Connecticut Avenue. “Monument” honors the physical and social achievements of the community and celebrates the possibilities of humans working together.

Hassan’s “Marker” is a monument to women’s histories and contemporary experiences and the fibers that connect people. The bright pink sculpture is based on the artist’s knitting and can be interpreted as an oversized crown or an abstract knitting project that is at once unraveling and coming together.

“It is thrilling to work with two feminist artists of different generations whose work amplifies women’s experience,” said Dorothy Moss, curator of painting and sculpture at the Smithsonian’s National Portrait Gallery and curator of the project. “Maren Hassinger and Rania Hassan are committed to shining a light on the power of transformation and healing through work that builds community and connection. I am proud that these two artists are the first among what we hope will be a broad and exciting program of public work supported by the Smithsonian American Women’s History Initiative in partnership with local organizations.”

“We are excited to partner with the Smithsonian to bring ‘Monument and Marker’ to Connecticut Avenue,” said Leona Agouridis, executive director of the Golden Triangle BID. “The project builds on our long-standing effort to bring museum-quality art to the Golden Triangle and to enhance the beauty of the neighborhood. Each day, the art will enrich the public space for nearly 90,000 workers and millions of visitors to enjoy throughout the year.”